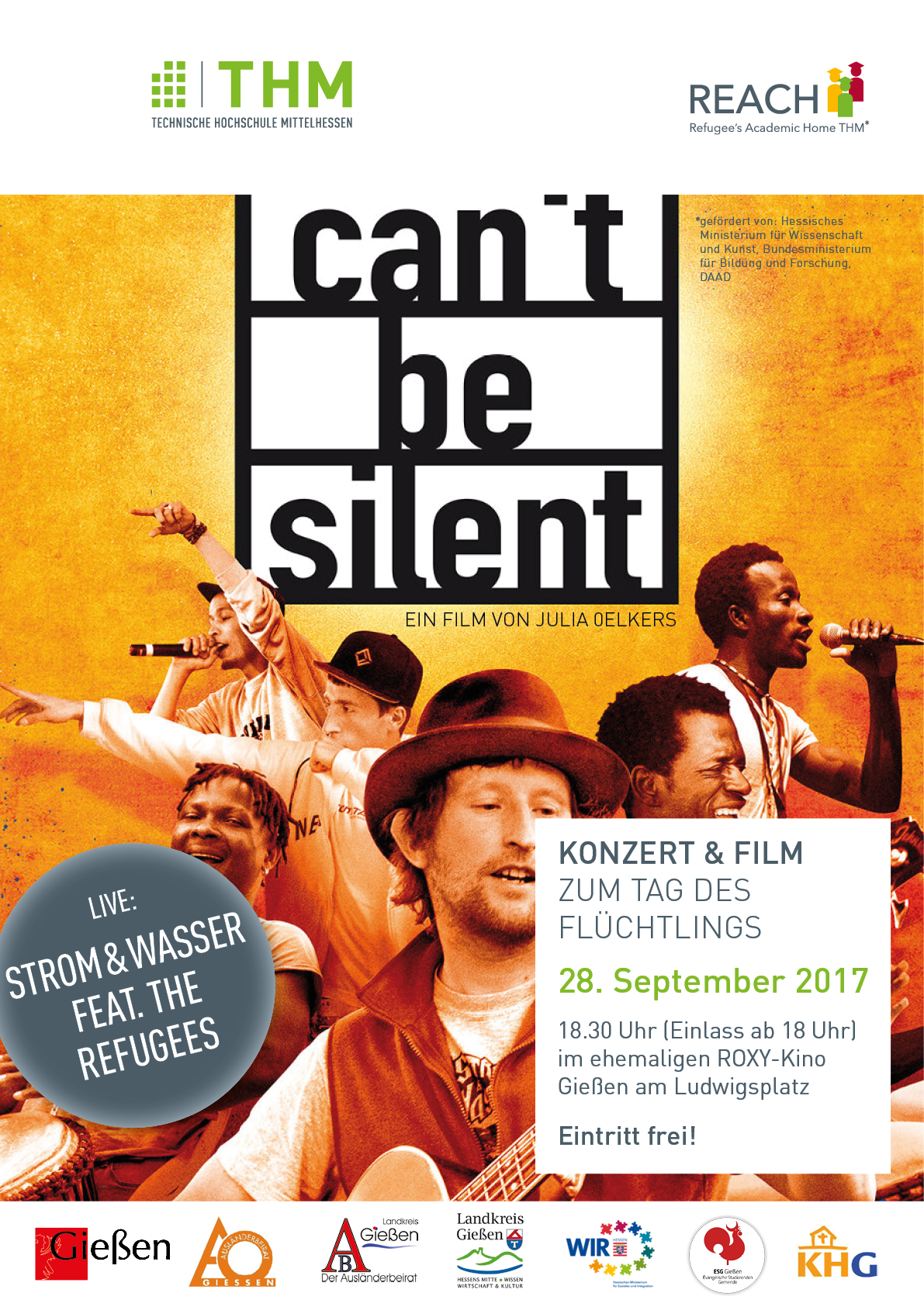 Intercultural week and Refugee Day in September - that's more than enough reason to stage a special event. Refugee's Academic Home THM (or REACH THM for short), along with the City and County of Giessen and both Advisory Boards for Foreign Nationals, has organized a movie night with a concert after the film.
Anyone interested is cordially invited to come to the former ROXY cinema on 28 September starting at 6 p.m. to watch Julia Oelkers' film "Can't Be Silent", which will be followed by a performance of the diverse songs of the project documented in the film by "Strom & Wasser" featuring THE REFUGEES.
In addition, THM students having a refugee background who have received a scholarship made available by the Hessian Ministry for Science and the Arts will be honored during the event.
You can download the flyer for this event here.

Can't Be Silent – the moving story of refugee musicians

The film "Can't Be Silent" by Julia Oelkers tells the moving story of refugees in their dismal everyday lives in German refugee centres and their lives in the limelight. The band Strom & Wasser led by Heinz Ratz brings together rappers, musicians and singers who have fled from their native countries. They then have the chance to present their talents to the public and escape from the cramped quarters of their refugee centres where they are penniless - at least for a short time. More information about the film is available here.

Are you a prospective or current student with a refugee background?

Have you already begun an academic career or do you have professional experience in the academic sector?

Do you perform volunteer work with refugees and require further information about potential degree courses for refugees and the corresponding requirements?

The International Office and Students Advisory Service provide the following information about our REACH THM programme:

We also put scholars and lectures with a refugee background in touch with THM contacts.

THM offers a wide range of forward looking degree courses in the fields of economics and engineering and believes it has a special responsibility to support the integration of refugees by promoting a range of education opportunities.