Understanding technology is not intuitive, and this is precisely why there are technical writers. It is their job to find the right combination of technology, didactics as well as the medium and contents. Their tools in this endeavour include text, images and sounds. The goal is to provide the proper interface between manufacturers and users and act as a moderator or knowledge broker between the two. If you enjoy representing and explaining complex technical processes in an understandable way, then this is just the right course for you. Other prerequisites include an affinity to technology, being creative and having fun working with traditional and multimedia documentation.

The THM is the only university in Hesse that offers a degree course for technical writers, and when it comes to the specialization in multimedia documentation in addition to traditional documentation, we are the only higher education institution in the country to offer such a programme. 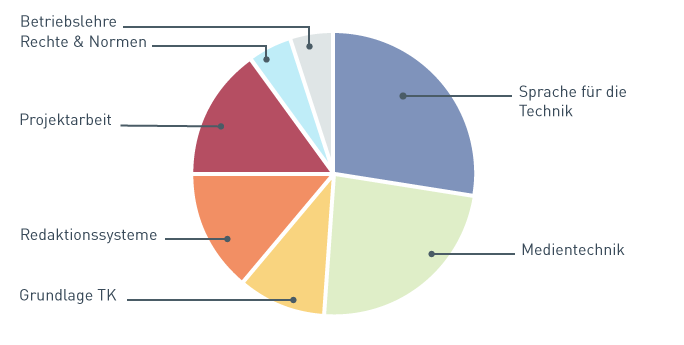 The course focuses on professional work incorporating images, video and audio as well as written texts optimized for the intended readership and medium. Students learn how to use the current video, image processing and audio editing programs as well as desktop publishing and editing systems.

You will mainly attend seminars and only few lectures, allowing you to take an active role in designing seminars and to develop practical skills relevant for real-life situations.

The technical equipment that you will have to use as a future knowledge broker is all available in the course. Utilizing our mobile sound and television studio and our photography studio you will have every opportunity to try things out and develop your own special expertise. Regardless whether it is holding a microphone, behind a camera, at the editing station or at the mixing console, you will find out what part of technical communication you like the best.

Exciting partnership projects with the Hessian Film and Media Academy (HFMA) and cooperation programmes with companies will provide you with even more opportunities.

The annual demand for technical writers nationwide is currently higher than the number of people completing academic degrees in this field. For that reason, graduates have excellent career opportunities - especially due to the fact that the rapid technological advances will invariably lead to a constantly increasing demand for documentation in which technical information is explained. 95 per cent of our graduates are able to start their careers immediately, applying their expertise in technical documentation, in product development, technical journalism, marketing and in research. 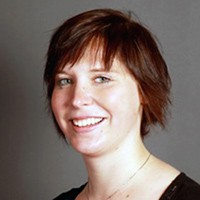 The knowledge I acquired is always useful in my job.

The TCMD course was a great way for me to prepare for a career as a technical writer. What I especially liked about the course was the consistently practical approach throughout. By having to work on all those projects, you are not only able to learn a great deal, but you can also provide a potential employer with your own work, in writing and/or images. In addition to film and photography, working with various programs for layout and vector graphics and image editing was particularly appealing to me. The knowledge I acquired is always useful in my job. 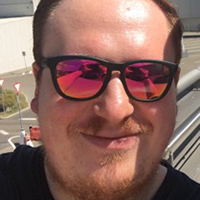 Kevin Matthes studied Technical Communication and Multimedia Documentation, and for the past two and a half years he has been working as a technical writer at E. Zoller GmbH & Co. KG, a mechanical engineering company.

Whenever I think back on my degree, one idea immediately springs to mind: it prepared me for the real world.

My duties include the creation and administration of technical documentation in an editing system called docuglobe. I also use Adobe Creative Suite (mainly Photoshop and Illustrator) every day. During my TCMD course I took one module on each of the programs, which was an excellent preparation for my job as a technical writer.  Lecturers with company experience and in many cases even technical writers know what the real world looks like and can thus convey practical knowledge in the best possible ways. Docuglobe for instance was taught by an employee of the company that manufactures this editing system. Even for the more theoretical subjects like standards, guidelines and laws, the teaching focus was constantly on practical application such as manual writing, risk assessments and declarations of conformity, and students always received the necessary background knowledge.

As the title of the degree course suggests, the focus of the course is on multimedia. In creating instructional films, podcasts and interactive applications, graduates of the TCMD course are well equipped to meet future challenges. The law still stipulates that instructions must be supplied in paper form, but sooner or later usability films and HTML5 apps will create lasting changes for target group users. At THM the right experts for this job are already being trained.

As part of her TCMD course, Theresia Kiesel spent the 2016-17 autumn semester abroad through the ERASMUS programme at the Tallinn University of Technology (TTÜ) in Estonia.

In Estonia the parliament is elected online and that's also where skype was created.

When I began to plan my semester abroad I had already completed all of the TCMD course modules and used that semester to learn more computer science basics. As I was going through the list of partner universities, I immediately noticed Estonia on the list because I had heard that that country is well positioned in terms of information technology. Looking for more information I learned that in Estonia the parliament is elected online and that's also where skype was created.

The fact that I had never been to any of the Baltic countries before reinforced my decision to apply for a study abroad semester in Estonia. The process ran very smoothly and I flew to Tallinn at the end of August 2016.

I lived in a hostel for exchange students, which I really liked because I came in contact with a lot of other exchange students. I spent a lot of time with them and together we explored Tallinn and went on several day trips. During my semester there I went to Tartu, a national park in Estonia, and the two largest islands belonging to Estonia. I also visited Riga, Vilnius, St. Petersburg, Helsinki, Lapland, Stockholm and Oslo.

I went on these trips on the weekends and attended five lectures at TTÜ during the week: Programming I, Introduction to Programming, Introduction to Information Technology, Estonian Language and Culture and Russian for Beginners. All of the lectures were conducted in English and thanks to the orientation programme there, I didn't have any problems at TTÜ. I really enjoyed the lectures, even though they were structured a little differently compared to what I had been used to in Germany. For all subjects, for instance, I had to take mid-term exams, and there were also tests during the semester that counted towards the final mark.

During the week I spent my free time becoming acquainted with Tallinn. There was really a lot to see there. I took numerous strolls through the historic city centre. I went to the bohemian districts of Telviskivi and Kalamaja and to the Rotermann Quarter. In addition I made several trips to Pirita to go to the beach and visited the Linnahall, a former concert hall. I also went to some museums like the Tallinn City Museum and the Seaplane Harbour Museum. As far as the restaurants, cafés and bars in the historic city centre are concerned I can recommend them all.

I have no regrets about spending a semester abroad even though I had to study an additional semester to finish the course. Besides learning a lot of computer science basics, I was able to gain valuable intercultural experiences, both from travelling around and the international students I met at the hostel. Estonia was the perfect place for that.

On this page we would like to present a selection of student projects that we will change out periodically. You can watch more student videos on the course YouTube channel.

Radon - The Invisible Danger in the Ground
A film by Marina Diekmann, Anna Kowalczyk and Michele Schlapp.